The new iPad Pro release tend to be important, since Apple always reserves its fastest A-series processors and latest top-of-line features for its premium-priced flagships. While some of these capabilities later trickled down to other models, iPad Pros were Apple’s first tablets with Pencil and Smart Connector support, four speakers, five microphones, TrueDepth cameras.

Apple has increased the base storage inside, to 128GB for the base model without raising the price, but the other key upgrade – the Magic Keyboard with a trackpad built in – won’t  be here until May, and will also be rolled out to the older iPad Pro models.

When it comes to design, the iPad Pro is unchanged, available in 11 and 12.9-inch sizes with an all-screen design and an edge-to-edge display that does not include a Home button. Like the 2018 iPad Pro models, the 2020 iPad Pro features a TrueDepth camera system with Face ID that uses facial recognition for biometric authentication and a 7-megapixel camera for selfies.

Both of the iPad Pro models feature an aluminum chassis in Silver or Space Gray with flat, rounded edges that wrap around the Liquid Retina display. The Liquid Retina display is unchanged from the 2018 model, featuring wide color support, True Tone for adjusting to ambient light, an anti-reflective coating, and ProMotion 120Hz refresh capabilities.

Apple’s single biggest change to the 2020 iPad Pros is obvious from the outside: a redesigned rear camera system. 2018 iPad Pros had a single large lens akin to the iPhone XR’s — a 12-Megapixel, f/1.8 aperture “1X” camera with no optical zoom abilities — but the 2020 iPad Pro uses the square camera block design found in the new iPhone 11, Apple adds a “0.5X,” f/2.4 aperture ultrawide camera to the prior 1X option, but it’s not exactly the same configuration. The iPad’s second camera has only 10 megapixels and promises a 125-degree field of view, compared with the iPhone 11’s 0.5X specs of 12 megapixels and 120 degrees.

The reason for including LIDAR is for radically faster and more accurate augmented reality. And it really works — but it’s only the foundation for great AR experiences. It improves some current apps for free, but there aren’t any third-party apps that take full advantage of it yet. The main benefit AR apps will get right away is that LIDAR is able to nearly instantaneously map the surfaces in a room. Instead of having to wave your iPad around until the cameras can recognize objects, the LIDAR just measures them directly.

Apple has improved the Measure app using the LiDAR Scanner, and it can now automatically calculate a person’s height. Object measurements are faster and more accurate thanks to automatic vertical and edge guides, plus there’s a new Ruler View for more granular measurements. 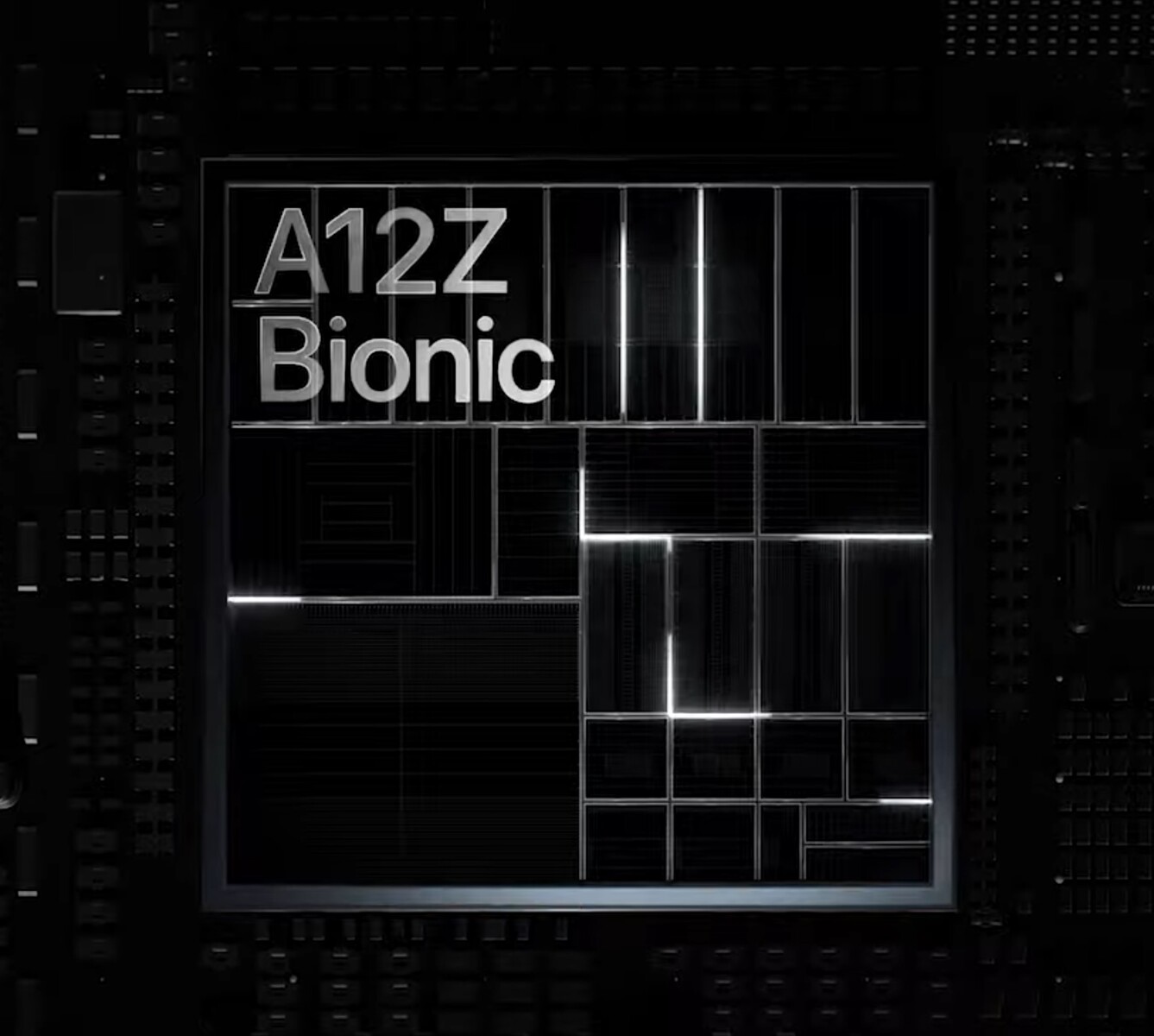 Apple is touting its new A12Z Bionic chip . It’s built on a chip architecture similar to one found in the A12, the custom chipset Apple introduced in 2018. It has an eight-core CPU and an eight-core GPU, as well as what Apple says are more performance controllers and an enhanced thermal architecture. All of this means you should be able to better run graphics-intensive apps, and for longer, without the iPad heating up too much.

It’s fast. The iPad Pro downloaded apps and installed games quickly, it switched between tasks easily, and it didn’t stutter during gameplay or video calls. And of course, a more efficient processor is good for batteries. Apple is making pretty much the same battery life claim it always does with iPads, which is around 10 hours.

Like the 2018 iPad Pro models, the 2020 iPad Pro features a USB-C port for charging purposes and connecting to USB-C accessories including 4K and 5K displays. The USB-C port on the iPad can also be used to charge accessories like the iPhone and Apple Watch.

As you can probably guess, the new iPad Pro 2020 is almost identical, visually, to the iPad Pro 2018 – it shares the same industrial design and wider screen, with narrower bezels.

It’s still not a design we’re in love with, on account of the harder edges lacking the sleek lines of the standard iPad10.2 , but there’s the same comforting weight and aluminium chassis that make you feel like you’re getting a tablet worth the money.

The four speakers around the outside offer strong sound and good bass – they’re not industrial class, but as a tablet to watch movies on, or play music around the house, we really feel it can rival a dedicated portable speaker.

The display, which we tested at 12.9 inches, is identical to that of the iPad Pro in 2018 – that means the same TrueTone technology, 120Hz fluid-scrolling display, and high-resolution pixel sharpness.

Cutting through the tech specs, this TrueTone display is able to reproduce the color quality of the light around you to make viewing more comfortable on the eyes, while the fluid scrolling makes navigating the tablet, and browsing websites and social media feeds, feel that much slicker.

However, it’s still lacking HDR playback, a feature that would really make the tablet sing in terms of movie watching – it would be a key upgrade, but it’s one that Apple hasn’t seen fit to bring in just yet.

Apple has designed a new Magic Keyboard for the 2020 iPad Pro, which is essentially a new version of the Smart Keyboard that’s equipped with a trackpad, backlit keys, and a scissor switch mechanism with 1mm of key travel.

The full-sized Magic Keyboard attaches magnetically to the iPad Pro and features cantilevered hinges for smooth viewing angle adjustments up to 130 degrees. It features USB-C passthrough charging and features a folio-like design that folds and protects the iPad when it’s not in use.

The new Magic Keyboard is accompanied by trackpad and mouse support for iPad in iPadOS 13.4. Trackpad support on iPad is designed as a touch-first experience, with the cursor appearing as a circle but shifting to highlight user interface elements like text fields, apps on the Home screen and Dock, and other items that can be tapped.

Gesture support lets the trackpad be used to swap between apps, edit text, access the app switcher, activate the Dock and Control Center, and more. Trackpad support works in both first and third-party iOS apps.

While the trackpad experience was designed primarily for the Magic Keyboard, other mice and trackpads connect to the iPad Pro, such as the Magic Mouse 2 and Magic Trackpad 2. Mouse and trackpad support is available for all modern iPads, and the new Magic Keyboard even works with 2018 iPad Pro models. Scrolling and gesture support requires a Magic Trackpad 2 or a Magic Mouse 2 and does not work with first-generation models.

The iPad Pro 2020 is not water resistant, and although it has a metal rear cover, the screen is still all glass, making it liable to break if you drop it. As iPad tablets become more productivity-focused, they will spend more time outside, making a case and Apple’s extended warranty wise investments.